Well my Type 056 corvette is finally done, actually it has been done for over a week, but I just haven’t updated my blog.

Here is a quick recap of my actions for those of you that might have forgotten (since it has taken me so long to finish this). I received the 1/700 scale Chinese Navy Type 056 corvette from the Shapeways ‘Object May Appear…” store in February. I spent most of February making modifications to the ship and March getting it painted.

Here are some photos of the completed ship. 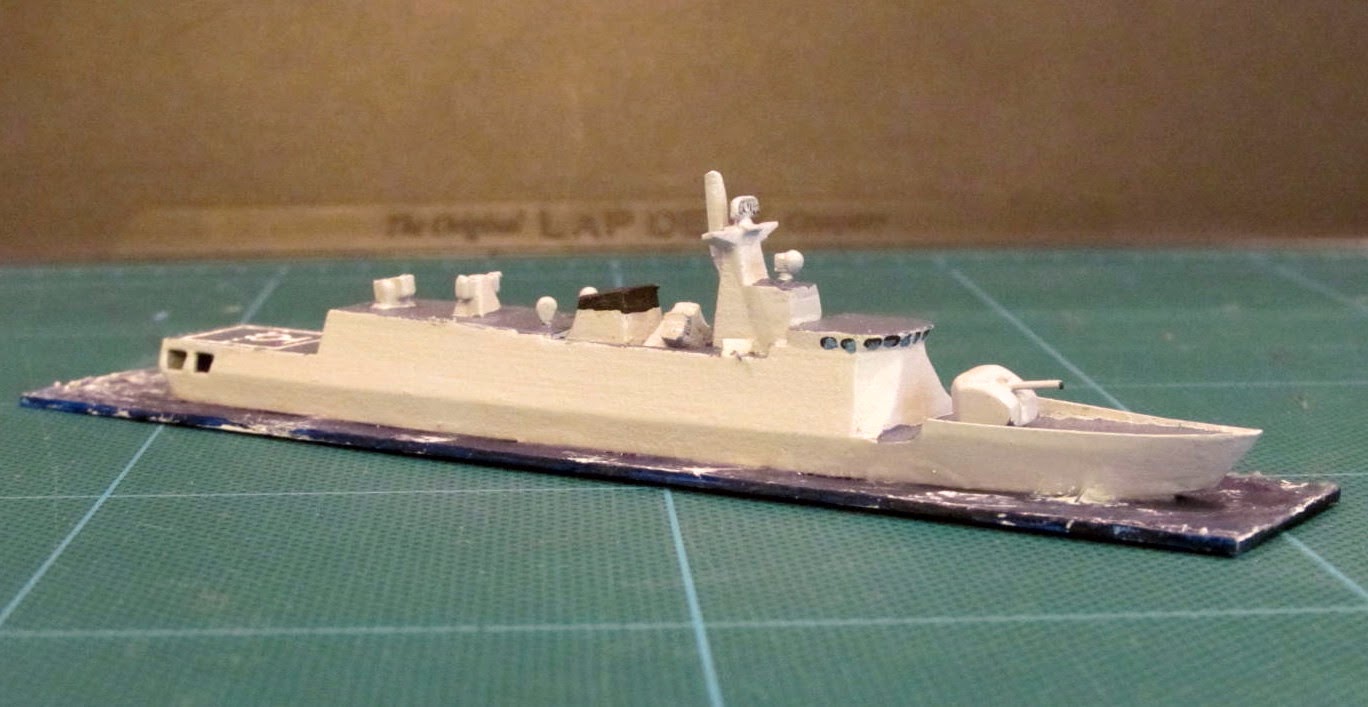 This gives a good view of the changes I made on the forward end of the ship (gun, mast, bulwarks)

In this shot you can really see the ‘steps’ on the bow of the ship. This might be a problem for some people, but they only really appear under certain lighting conditions.

A nice shot of the back end. 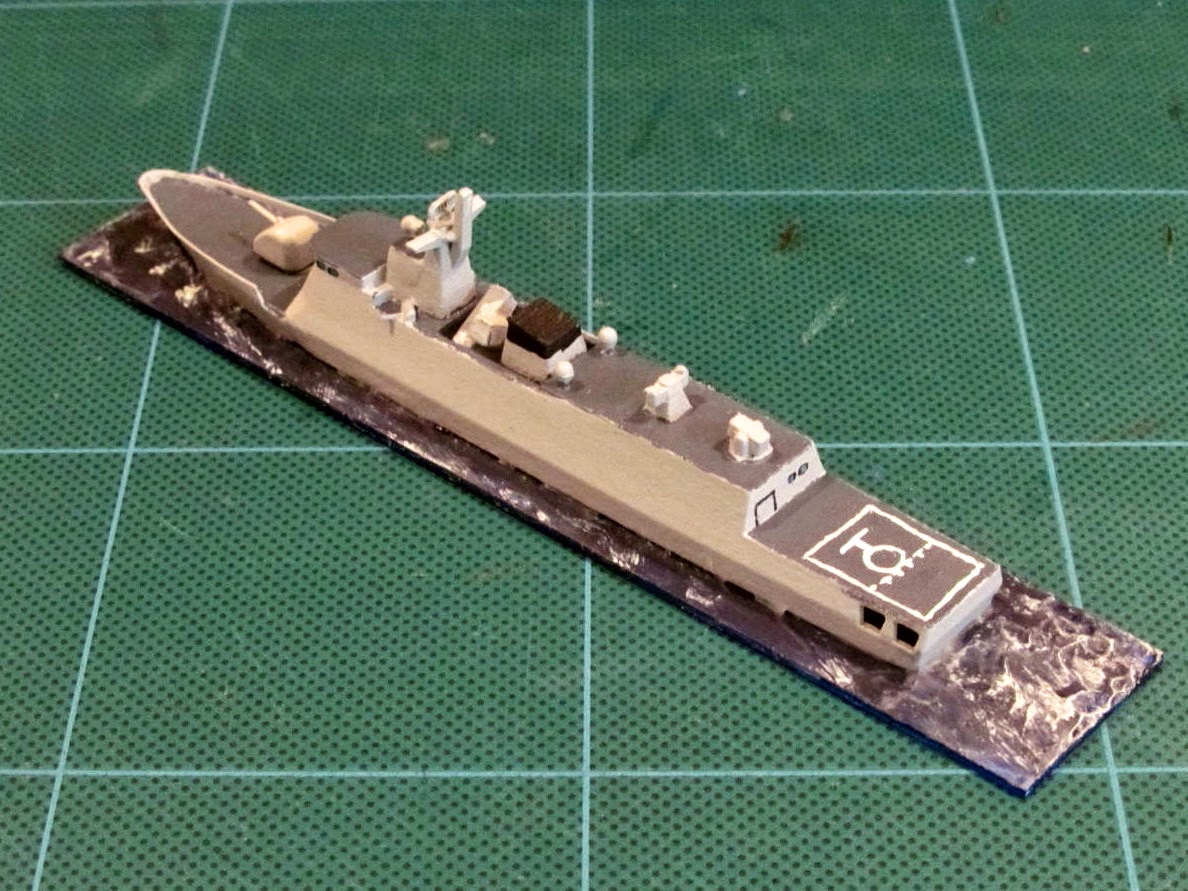 This was my attempt to mimic one of the photos I’ve been posting in my previous entries, which I’ll put up again here so you can compare the real thing to the model. 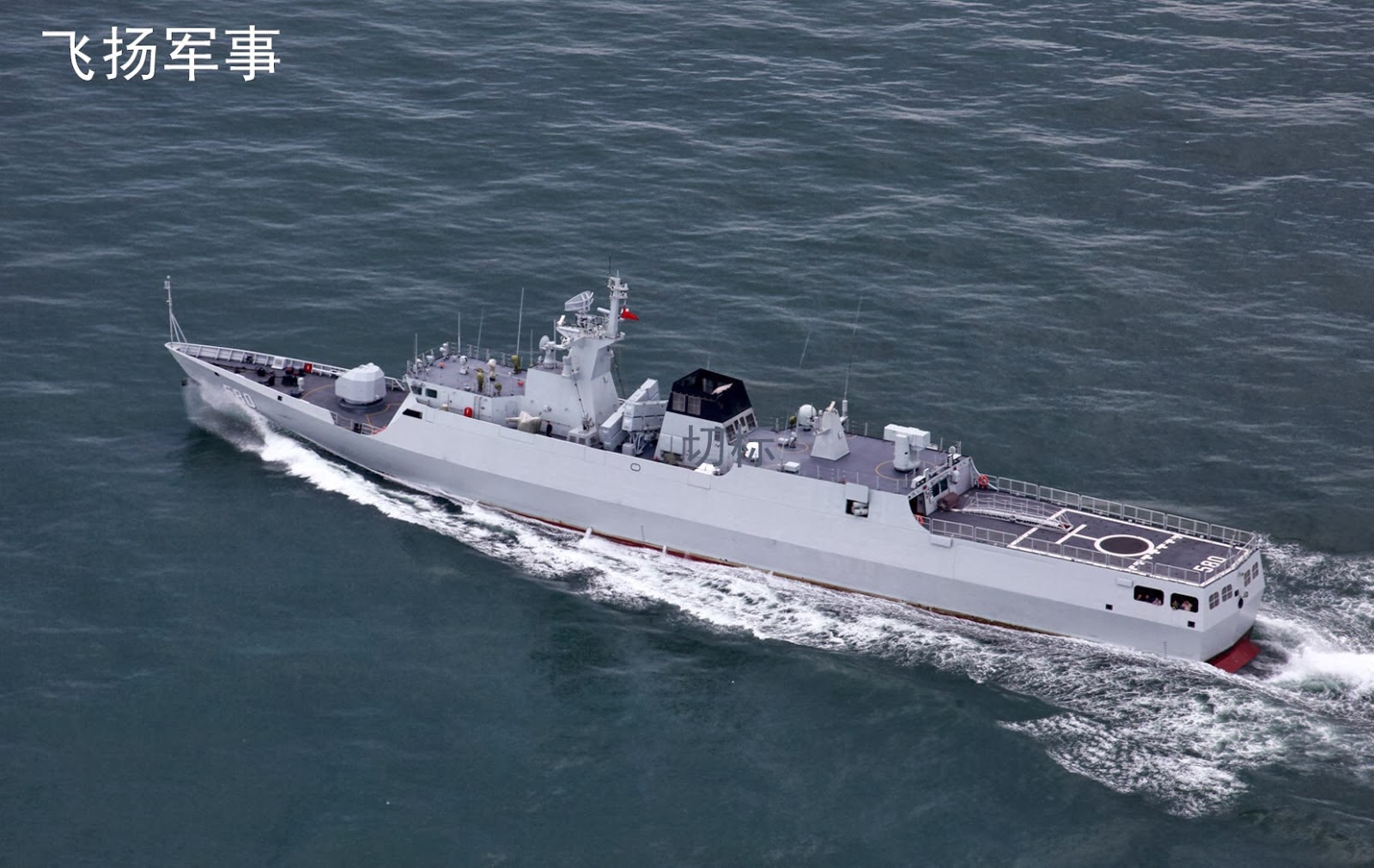 Overall I’m happy with how the Type 056 corvette turned out, but it did require a little work. So I would give it a thumbs up recommendation, with the caveat that it is not quite a complete model. It would be a lot better if it came with the 76mm gun.

With that, my little ship is ready to form a PLAN (People’s Liberation Army Navy) task group with the Type 022 missile boats. 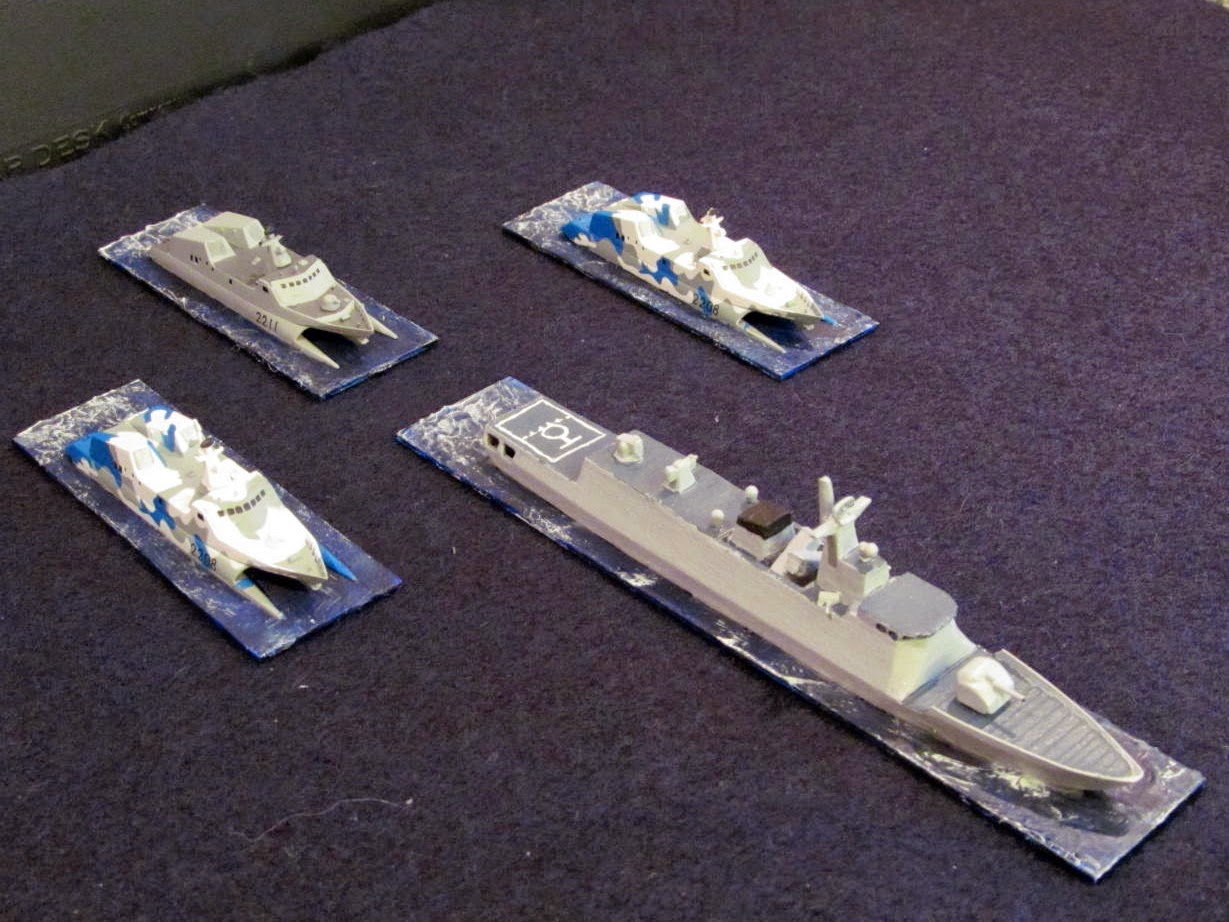 In addition to finishing up the corvette, I submitted two games for this year’s Enfilade. One game involves the PLAN task group escorting a container ship to resupply a base in the Spratly Islands. The opposing forces will be Vietnamese missile boats and some patrol boats from the Philippines. I’ll be using David Manley’s Bulldogs Away rules for this game. The other game will be an opposed helicopter rescue during the Vietnam War using the Air War C21 rules (another set of Manley rules). On the American side I’ll have some A-1 Skyraiders and a CH-53 helicopter moving in to recover a downed pilot, with F-4 Phantoms flying top cover. For the North Vietnamese, there are MiG-17s, MiG-19s, and MiG-21s (although they won’t get all of these planes) along with some AAA guns and troops in trucks trying to beat the Americans to the downed pilot. I’m hoping both will be interesting games.

I’m still hoping to spend more time making blog entries. I haven’t been very good about it this year, as you can tell by the fact that it is April and this is only my fifth entry for the year.