Photos from the 2017 NHMGS Game Day

Sunday was the NHMGS game day at the Museum of Flight. We had seven games, spread over two game periods, with 30+ gamers.
The morning session games were:
Rorke’s Drift in 28mm. The terrain and figures were really great and it looked like a desperate situation all around. The Zulus had overrun the hospital by the time the session ended. 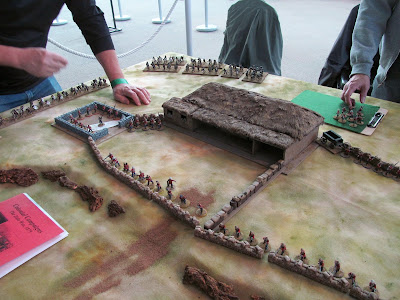 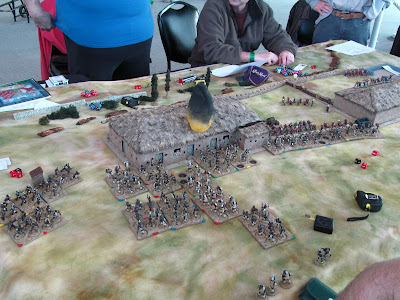 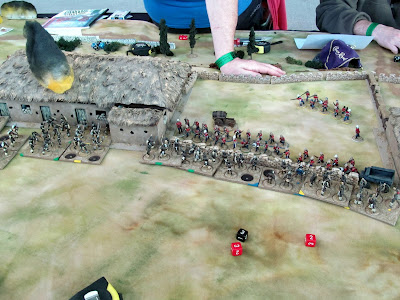 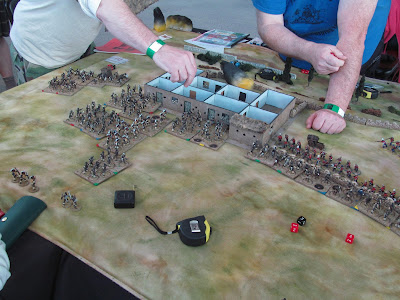 All Quiet on the Martian Front, with some interesting looking stuff. Especially the giant land battleship. 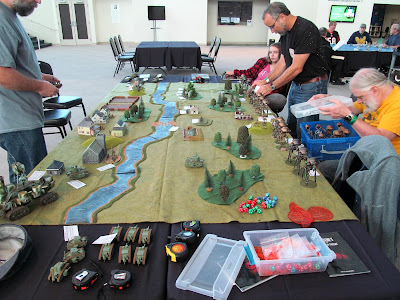 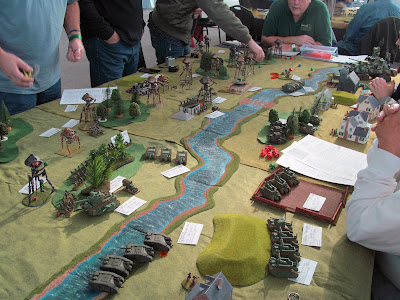 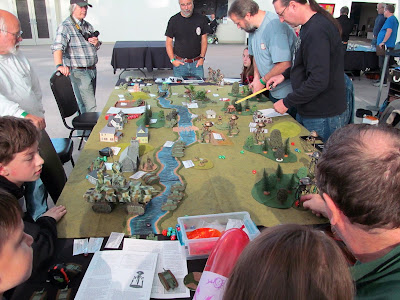 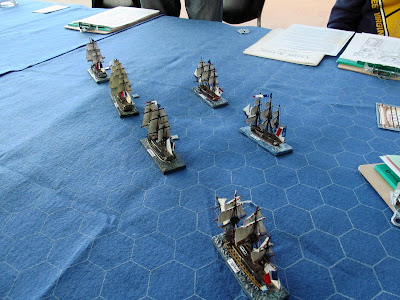 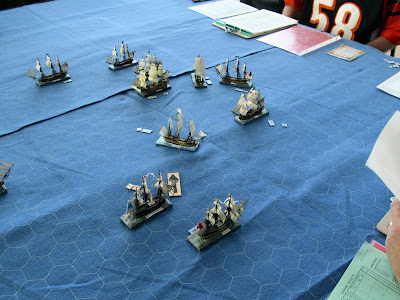 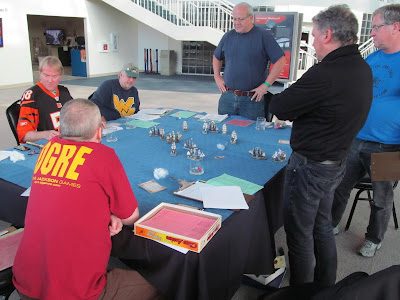 In the afternoon there was a Star Wars Armada game with lots of players. Everyone seemed to be enjoying themselves. 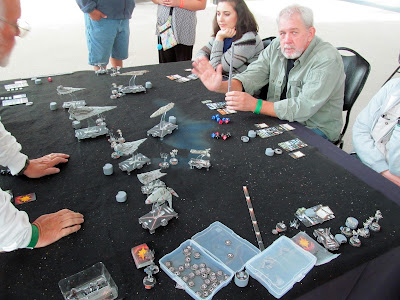 Sven Lugar ran an old-fashioned Fletcher Pratt naval game, but I did not get any photos of that, because I was helping to run a game on the air attacks at San Carlos in Falklands.

Before the bombing runs started, each side had to make decisions about forces and deployments. The Argentinians selected two flights of Armada Skyhawks and a flight of Daggers for the attack and planned their approach. The British posted four Sea Harriers over the landing zone, with two more patrolling the expected approach paths and two more on ready reserve at the carriers. We resolved the off-board issues and the Argentinians rolled very badly. They had one plane abort and three others shot down before they event got on the map (maybe my off-board activities are a little too harsh).
The remaining planes choose to attack HMS Fearless, the amphibious assault ship, and bypass the much closer and easier target of HMS Antelope, an Amazon class frigate. The Sea Harriers swept in and knocked down three more attackers. One A-4 and one Dagger were able to get close to Fearless. The Dagger dropped its bombs and got a hit on the large ship, but the bomb turned out to be a dud. The A-4 was lined up for its attack, but before it could release its bombs, gunfire from a Sea Harrier knocked out its bomb system. It was not a good day for the Argentinians.
Overall, our gamer turnout was good, but I think the sunny weather (after a week of mostly rain) and being Sunday with a Seahawks football game limited museum attendance. We did get a chance to talk with several people about our hobby and even the ones that didn’t stop to talk seemed to take a peek at all the painted figures. The game day is always a good opportunity to show off the hobby to the general public and the museum is a really great forum for it.

If you are in the Seattle area on October 22, you might want to stop by the Museum of Flight for the NHMGS Game Day. 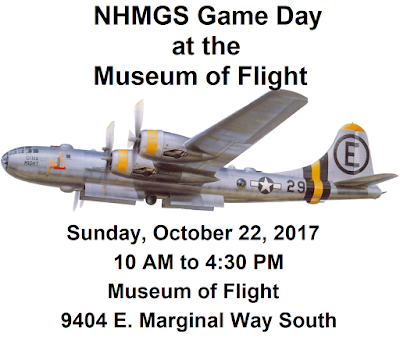 NHMGS has been running a game day at the Museum of Flight in Seattle for over fifteen years. It is always a good time and we are expecting around 30+ NHMGS members and guests to be there to show the flag, play some games, and look at some planes.

You can find out more about the event and getting to the museum on the museum's website.

With fall here, I'm finding more time to get back to painting and my other miniatures projects. We are also getting closer to the annual NHMGS Game Day at the Museum of Flight in Seattle. The game day is set for October 22 and this year my friend Kevin has talked me into helping out with an air game from the Falkland War, since this is the 35th anniversary of the war. It wasn't that hard to convince me to jump into this project, since I already had a couple ships from a previous Falklands project. Kevin has been working on some planes for the game (you can see photos of some of his work on his blog) and for my part - I cleaned up my Royal Navy ships, painted up four Sea Harriers, and I'm coming up with the scenario. Because this game is meant to be quick and easy, we are going to use the AirWar C21 rules (I only wish the Falklands supplement was available for them).

The ships are old Airfix 1/600 scale models and include HMS Fearless and a Type 21 class frigate that I numbered up a HMS Antelope. I built these kits a long time ago, but they seem to have handled their 'mothball' period pretty well.
The Sea Harriers are Raiden 1/285 scale from I-94 Enterprises. The planes are really nice and did not need much work to get them ready for painting. I armed each plane with a pair of Sidewinder missiles and painted them up in Dark Sea Grey. I think they turned out pretty well.
The scenario will feature the Sea Harriers defending the British landings at San Carlos. The Argentinians will be attacking with the usual Skyhawks (Air Force and Navy versions) and Daggers, but we are also going to allow them throw some Canberras and even Pucaras into the mix (if they want). Hopefully it will be interesting for the museum crowd.
I'll post more information about the game schedule for the game day when I get them.