Looking Forward and Back 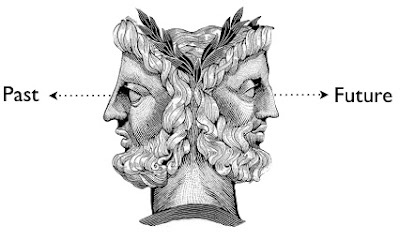 It has been a while since I last put up a post. Normally I would have been posting about the preparation and playing of my annual naval game - DANG (here's a link to last year's prep and game posts if you aren't familiar with DANG). However, the current COVID situation squashed that.

So, what have I been doing? Well... not much. I've mostly been dealing with work and not finding much hobby motivation. I continued to mess around with some VASSAL and other computer games, but my miniatures projects have languished.

As 2020 ends and we move on, it is time for the obligatory look back and ahead.

Most of my 2020 plans were focused on projects for Enfilade, the big local miniatures gaming convention. When that was cancelled, I didn't really have much to focus on.

But my friend Kevin changed that by getting several of us involved in a 1/1250 scale pre-dreadnought project. My contribution to the project was a French squadron of battleships and cruisers. 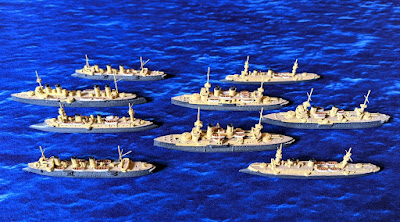 With indoor gaming opportunities being limited by COVID restrictions, I bought a pop-up canopy to set up for gaming on my lawn. 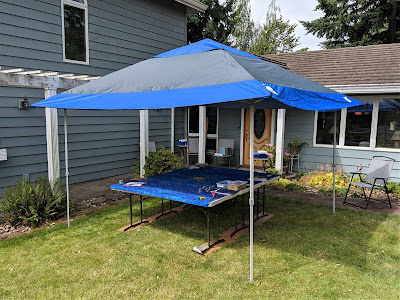 This gave us a chance to have some small, socially-distanced gaming sessions through July, August, and September. This certainly helped make things a lot more bearable for me.

The end of summer ended the lawn gaming (and is giving my lawn a chance to grow back) and since then, not much else has happened.

So what is in the works for 2021? Right now I've got one new project in mind and then I will see which unfinished (or un-started) projects catch my eye.

The new project I'm working on now is a 1/6000 scale Italian World War 2 fleet pack from Figurehead. The fleet pack includes all the battleships and cruisers, along with enough destroyers and escorts to fill out about any battle you would want to do. I will put some camouflage patterns on the ships, but I'm not really looking forward to painting red and white ID markings on the ships (especially for the destroyers and escorts).

Other unfinished and un-started projects include (in no particular order):

I also expect that I'll start some lawn gaming again once the weather turns nice in the spring. So discussions about what games to play will probably help determine what projects I work on.

It looks like Enfilade 2021 will be moved from Memorial Day weekend (at the end of May) to Labor Day weekend (at the beginning of September). Hopefully things will be open enough to actually hold the convention. I expect to run the games I was planning for the 2020 convention then. But there is still time to finalize plans.

As always, I try to remain flexible with my plans and expect there will be some new, bright/shiny game or object that will catch my attention.

While I know that it will be a while before things even start to get back to normal, I'm hoping for better days in 2021.