The first thing I wanted to do this year was figure out what projects to focus on for the first few months of 2017. I had listed several in my previous post and wanted to talk with others about some joint Enfilade projects too before making any decisions.

While contemplating what I was going to do, I got in my first game of the year. Which was a playtest of a scenario Kevin and David are planning to run at Drumbeat on February 4. It was an Aztecs vs. Conquistadors game using their Quetzalcoatl Rampant variant for Dan Mersey's Lion Rampant rules.

The scenario seemed good, with the Spanish and their Tlaxcalan allies raiding an Aztec village to grab food and trying to get out before the inevitable Aztec counterattack. I was helping to run the Spanish/Tlaxcalan side. We made planned to get some Tlaxcalan units out front to act a speed bumps, while the Spanish would act as "Fire-Brigades" to fill any gaps and cover the retreat.

As often happens, our plans didn't survive contact with the enemy. The plan probably wasn't too bad, but our die rolling to activate units was pretty bad. On my half of the table, by the end of turn 4 I had only been able to move 5 units.
I was able to get one Tlaxcalan unit into the planned position, but it was quickly overwhelmed by counterattacking Aztecs.
Overall, it was pretty much a fiasco. You can read a little more about this action, and see some better photos, over on David's blog. I will point out that David's post will back up my claims of the bad die rolls:


"Dave and Bailey were plagued throughout the game by the most abysmal die rolling in the history of dice."


Which was followed up by:


"I'm not sure how to figure the Spanish/Tlaxcalan loss. Their die-rolls were legendarily bad. In the hall of shame for all-time poor rolling, they'd be on Mount Rushmore. They just couldn't get their units to do anything."


I'm just hoping I've gotten all (or a really large percentage) of my bad die rolls out of the way for the year.

I was able to come up with my plans for Enfilade, which will be my main focus for the next few months. 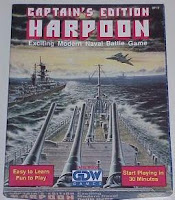 On another note, between Christmas and New Year's I ordered some more submarine models from OKB Grigorov and they arrived not long after my Spanish got trounced. I ordered four American subs (most of which will just be used as display models) and a Russian Delta IV SSBN (which will be used with my submarine rules).
I probably won't work on these until after my Enfilade projects are well underway, but it was nice to get them.

Following others, I’ll jump on the end of year – beginning of year blog post bandwagon. First up, I want to thank all of you that read my blog. I really have no idea how many people I reach (especially since Blogger's tracking stats seems to be pretty messed up for my site), but it is always nice to get comments from people about what I'm doing. So, thanks for reading. 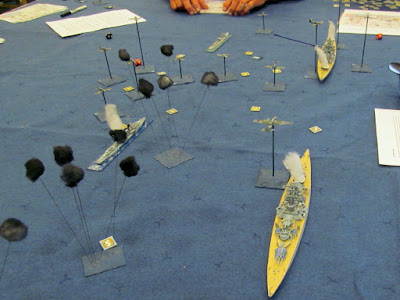 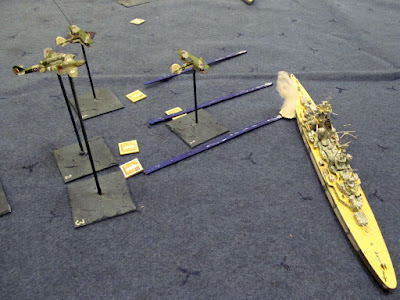 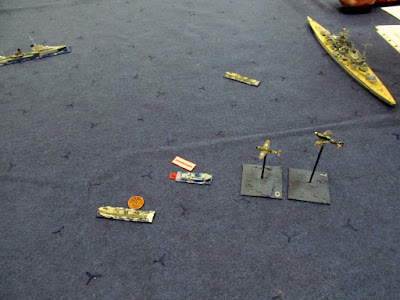 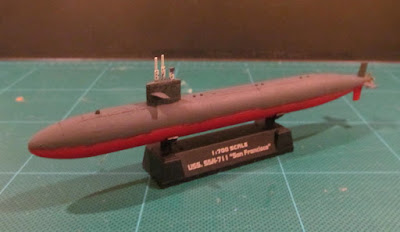 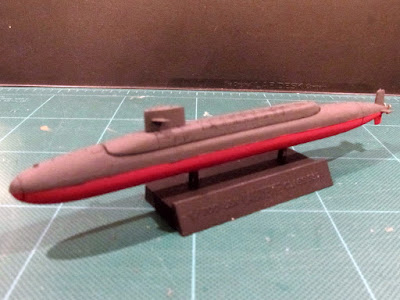 Not completed. I’ve been toying around with these and it is time to do some serious work. I did some work on this and did paint up some more Cold War American subs. So I moved forward a little, but there is still work to be done.

3) Work on the Japanese opponents for my 28mm Bolt Action Aussies.

Successfully completed. The only things I didn’t do were add up the Bolt Action points to see if I have “balanced” forces (I'm not sure how much that matters) and add metal washers to the bases for the magnetic sheet storage container I’m using.

Odds and Ends: I did a few of these project in 2016. I painted up (and bought more of) the figures from Fantasy Flight’s Imperial Assault game. I’m hoping to get someone to try out the game with me or I might use the figures with Osprey’s Rogue Stars rules.

I painted up my Avarian ships for Galactic Knights and even got in a game against Kevin’s Terrans (although there are no photos of the battle to show my stunning victory). 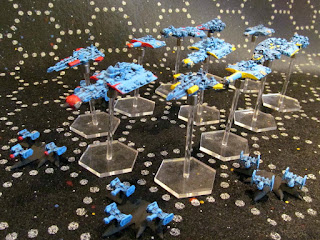 On a non-miniatures front, I played a campaign of Silent Victory as my summer solo game. It was a fun game and I’ve run a couple more patrols for fun since summer. I would recommend this game or it’s sister, The Hunters, if you are interested in solo World War II submarine games. 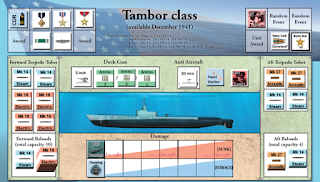 So 2 out of 3 complete, with a couple side projects too.

Looking to 2017
I haven’t really thought too far ahead for 2017. I need to come up with some games for Enfilade and there are some other projects I’d like to look at. As usual, DANG will take up the last quarter of the year and since I let the gamers vote on the project, it is hard to know what it will be.

For Enfilade, here are a few things I’m thinking about:
For my non-Enfilade projects, I’m looking at:
1) Get my modern submarine rules to beta and let a few people look at and comment on the rules. Although I’m not sure how far I will really cast my net for comments and testers. Stay tuned on this one.

2) Finish my Chinese Navy Type 054A frigate and some Japanese missile boats. I’ve had these models sitting around for a year now, so it is time to finish them up! This could even turn into an Enfilade project, depending on when I finish them and what else I can come up with.

Odds and Ends: These are mostly non-naval projects. I’d still like to do up some Crusades era armies for Lion Rampant, get some figures for the En Garde rules, and even some Cavalry – Indian figures for The Men Who Would be Kings rules. A lot of Osprey rules there, but it is what people in my area are playing. As usual, I expect that some other bright shiny game project will draw my attention. So I’ll keep my other options open for now.

On a personal note (and please feel free to skip this part), 2016 was a down year for me. I was unhappy most of the year and ended up switching jobs in November. While it might not be evident from my posts, my gloomy outlook impacted my projects and gaming (along with other things in my life) a lot more than I would like to admit. I’m really hoping that 2017 is a much better year and that I can pull myself out of the doldrums.
Posted by Dave S. at 5:06 PM 1 comment: