March turned out to be a very strange month. We had just finished up with Drumbeat (my last post) and I was doing my preparations for Enfilade 2020. Then the COVID-19 stuff popped up and turned things upside down.
My work started out by asking everyone to work from home, if they could, for a couple weeks. That shifted to a mandatory order the following week and we've been told to just keep working from home for the foreseeable future. The Washington state Governor has extended the Stay at Home order until May 4. I'm expecting that to get extended into June. So, it will be quite a while before I expect things to start to return to normal. Working from home isn't too bad, more of an inconvenience and something I have to adjust to. I do feel lucky that I am able to work from home and keep my job (and paycheck), when so many others have been furloughed or laid off.

What else have I been up to for the last month? It took me a little while to set up a home office, get into a working routine, and adjust to being home all the time. These changes also disrupted hobby time for me and, for whatever reason, it has taken me a while to get back to my projects.

So what am I working on? I started work on the 1/700 scale sailing ships from Warlord Games Black Seas starter set. The starter includes 3 frigates and 6 brigs. The plastic kits were easy to put together and the frigates have some variant pieces so they don't all have the same figurehead and stern. I expect I will get some more of these ships, so I decided to do 2 frigates as Royal Navy and other as French. For the brigs, I'm making 2 each of Royal Navy, American, and French.
The Royal Navy is getting a yellow ochre strip, the Americans get white, and I went with a brick color for the French. I'm not sure I'm happy with the brick color, but the French used reds and yellows, and I wanted something a little different from the standard yellow and blue colors.

I'll give the rigging layout from the rule book a try, at least once, to see how that goes.

I'm also looking at another diversionary project. At the beginning of March I picked up some paint sets from a sale at Miniature Market and I also saw a box of Robotech Valkyries in the listings and decided to pick up a box for fun (they were only $5.50).
I was only a semi-fan of the Robotech series, but I always liked the transforming Valkyries. The game these figures were associated with, Robotech Tactics, seems to have had a lot of issues. But since I wasn't getting them for that game, I wasn't too concerned about that. The one issue most people had with the kits was the number of small pieces needed to assemble each Valkyrie. I will say the reviews were right about that, the manufacturer made these much harder to put together than they should have.
Putting them together will occupy for a while, but if I get frustrated I can always just put it aside.

On the gaming side, I've been looking to online alternatives for playing. There are some good games out there. But, just like in-person gaming, the there are issues scheduling time to play. Right now I'm sticking more with play by email games using VASSAL. I have a game of Wing Leader going right now.
I'm also getting pulled into a baseball game using Baseball Mogul. So far it is a slow go on this, since none of have run an online league before. 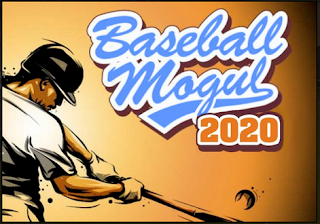 The league is mainly aimed at being the general manager for a team and making deals throughout the season. I normally prefer to play games as the field manager, but it is still fun and a good diversion since all the real games have been postponed.

Hopefully it won't be another month before I get up another post. Until then, I hope you're keeping busy with your own projects and staying sane.