It is time again for my summer solo gaming time. I've always wanted to do an ImagiNations type naval mini-campaign, where players take the role of naval leaders to plan, build, and train up their navies on a budget with a random time when the war begins. I usually propose it as an option when players vote for DANG, but they don't usually do very well.

Most of my summer solo games are centered around boardgames, since they are a little easier to setup/take down and don't require a lot of space. This year I've selected the old SPI boardgame Dreadnought as the basis for my solo mini-campaign. Mainly because the rules are pretty easy and will play quickly. While it is a boardgame, I could play it with miniatures (although it needs a hexgrid) and there is also a VASSAL module. So I have some flexibility with how I play the games. 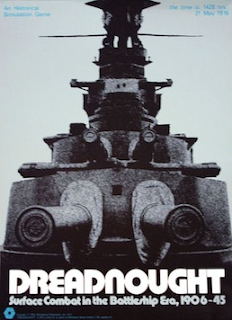 For my game I will also use a randomly generated Admiralty Boards for each side that will set some basic plans for ship building and maintenance/training. The first boards get to do an initial build and then plan the annual shipbuilding for the remainder of their term. The boards will be replaced (rolled for again) every 5 years, which could change the buying strategy of the navy over time. The war will start at a random time and each side will see tensions rise or fall and what ships the other is building, which can also affect shipbuilding and maintenance plans.

OnCe the war begins things will shift to monthly turns. There will be random number and type of missions that the navies need to assign ships to, which will then turn into scenarios. The war will last 2 - 12 months (yes another random time) at which point a winner will be determined.

With all of my game ideas in place, I'm ready to start the mini-campaign. I rolled up the Admiralty Boards for the two belligerent nations, Nordland and Tierra del Sur (not the most imaginative names, but they will work for the game).

Nordland's admirals believe the way to win is with fast, lightly armored battlecruiser type ships with medium-sized (10" - 12") guns and good light forces armed with torpedoes. Knowing that speed may cost more more, they have put in place an average maintenance and training program. Across the strait, Tierra del Sur's admirals have chosen heavily armored ships with weapons and speed set to keep the ships at a moderate cost. They also laid out extensive maintenance and training programs for an efficient naval force.

Here are a couple posters to help remind you about the event. 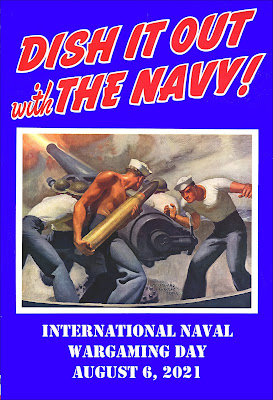 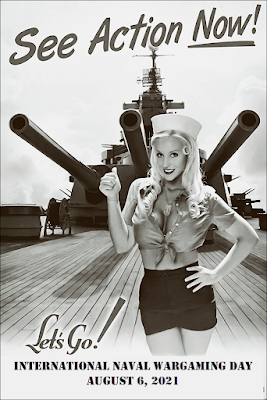