As I mentioned in my last post, I have a couple different projects in mind for summer/fall. While I will probably work on them in parallel, I thought I would talk a little about the 15mm Age of Sail project.

The main focus of the project is going to be the War of 1812 actions and the US Navy actions against the Barbary Pirates, but I expect there may be some drift here and there to other related topics.

The Ships and Crew
My current fleet started out with some lucky purchases from eBay. I was able to get the a 2-gun galley, 12-gun cutter, and some naval crew from Thoroughbred's Sea Eagle line. Both the ships and the crew figures are pretty nice. I also got a 4-gun ship from Laden Swallow Miniatures (who are apparently out of business now). All these ships and crews seemed like a pretty good start, even though the ships may not fit in with all the actions I'm looking at.

After talking about this project with some friends, a couple of them passed along some old 14-gun brig kits from the old Limies and Slimeys line (Thanks Dave and Arthur). 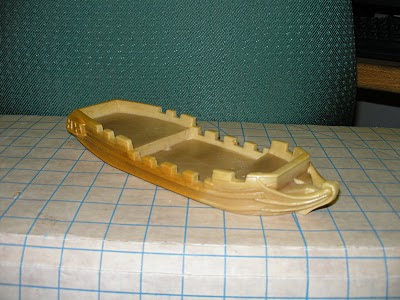 Looking at the ships, there was just something about them that bugged me. The castellated look of the ship's sides just seemed medieval and not right for the period I was working on. I wasn't sure exactly what to do about it, but grabbed some strip styrene and started playing around. I ended up putting some styrene across the tops of the sides to give it a more finished look. This is still preliminary work, but I think it looks better. 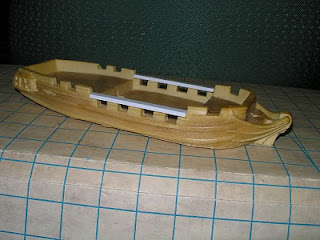 While I had the Thoroughbred gun galley, I wanted to add some smaller gunboats and pirate craft to my fleet. I began looking for manufacturers that made ships for the Barbary actions but didn't really find what I was looking for. So I decided to try to come up with some on my own. I consulted The History of the American Sailing Navy: The Ships and Their Development by Howard Chapelle to see if I could find out some information about the small US and pirate ships involved in the actions around Tripoli in July and August 1804. The book had some information on the US ships, the information on the Barbary ships was limited. But I decided to press ahead with making a couple conjectural models based on what I could glean from Chapelle's book and a couple others.

I came up with a plan, cut some basswood hulls and then use some styrene to dress them up. 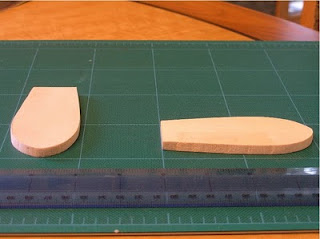 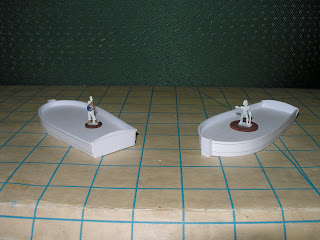 In addition to building the ships, I need to figure out a good way to handle the masts. I would like them to be removable (for showing damage and for storage), but I want them to be sturdy when in-place on the ship.

Now that I've got a start on the ships and crew, I'll be looking for some rules for the actions.

The Rules
I haven't really settled on what rules I want to use for my games. My ideal set of rules would be able to handle single ships or groups of ships from gunboats and armed ship's boats up to about frigate size ship. I would like the rules to be able to cover gunnery and boarding actions without over-simplifying either. I would also sort of like the gunnery rules to show that a 24-pound long gun is different than a 9-pound long gun and both are different from a carronade.

I've been looking at the Limies and Slimeys rules, along with getting information about Thoroughbred's Prevailing Winds rules, and Sailpower. But right now I'm leaning toward modifying free set of rules called Away Boarders which was designed for the battles on Lake Champlain in 1776.

If anyone has any suggestions for rules or ships or comments about how they managed their own ships, I'd appreciate hearing them.