With Summer turning to Fall here in the Pacific Northwest, I‘m taking some time to plan for some projects for the last three months of the year.

Over the summer I added to my modern Chinese Navy by picking up a 1/700 scale Type 054+ frigate from a (fittingly) Chinese company called Dream Model (note, if you are looking for the company use the web address www.dreammodel.com.cn; if you just type the name into Google, you’ll end up with a Hong Kong model agency) 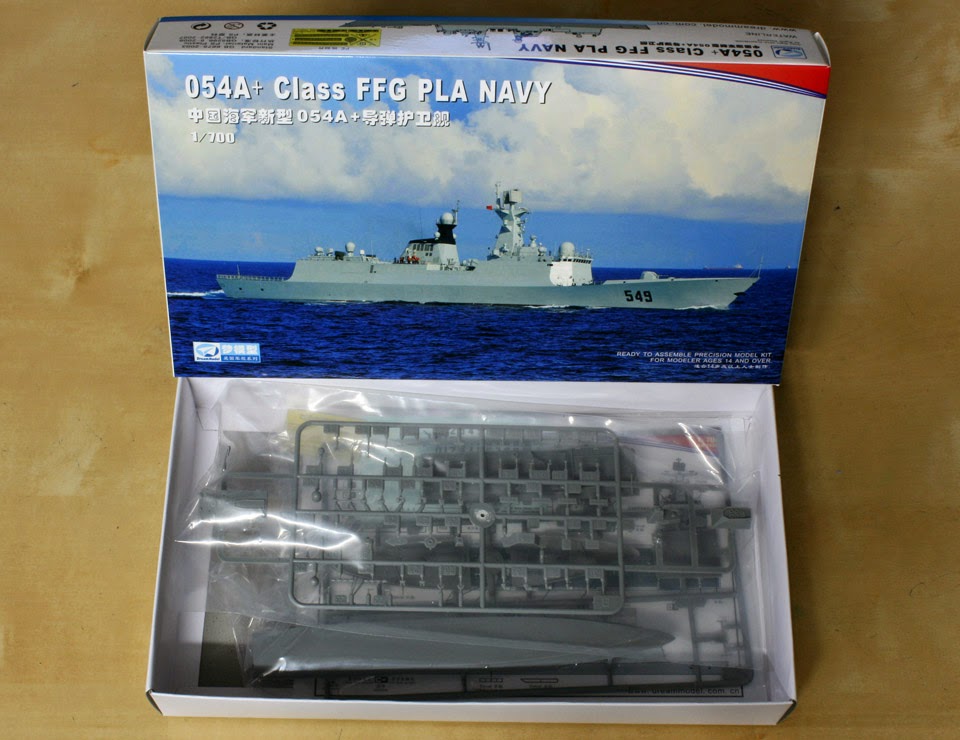 The kit looks pretty nice, with good molding and a few photo-etch parts. It will make a nice addition to my Type 056 and Type 022s, if I don’t muck it up too much. I’m planning on using it with the Bulldogs Away! rules and as a target for the AirWarC21 rules (David Manley, if you are reading this, can you let me know if there is going to be an air-to-sea supplement AirWar C21? I’d really like to add more naval targets and would like to see your take on them).

I’m working on some blog posts about the Osprey On the Seven Seas rules, a couple book reviews, and one on my annual naval game, DANG. I’m also starting to plan my games for Enfilade 2015, but I probably won’t be posting about that for a couple months.

On the strange tangent side, I’ve been thinking about buying the SAGA The Crescent and The Cross. For some strange reason, I have a fascination with wargaming the Crusades; these rules would seem to be one way to go and there are other gamers in the area already playing SAGA, but the entry price seems pretty steep for a tangential interest. There has also been some talk about the new Osprey Lion Rampant rules, which are a similar period and scale, but are a lot cheaper. So I might go that route instead, especially since I am such a slow figure painter. But this would just be a diversion from my normal naval and air gaming.

I also added a new blog called RED IN THE MORNING to the list on the right side of the page. The writer goes by the nome de plume (or would that be nome de web?) of Queen Catherine and is covering tabletop naval gaming and space gaming. There have been some interesting posts there about the War Times Journal WWI ships and other naval stuff, so it seemed like a good addition.