A break for something a little different

In addition to naval gaming, I also enjoy a good bit of air gaming. So it is always exciting when I get a chance to see warbirds and modern aircraft up close. I had a chance to do that this weekend.

On Saturday I attended the Tolling of the Boats memorial ceremony for my local group of submarine veterans (you can see some more about that on the submarine veterans blog link to the right). After the ceremony I took a trip down to Boeing Field (where the Museum of Flight is located) to take a look at one of the newest fighters in the US Air Force, an F-22 Raptor.

While it was behind a chain-link fence, it was close enough that I could get a good look and a few pictures. 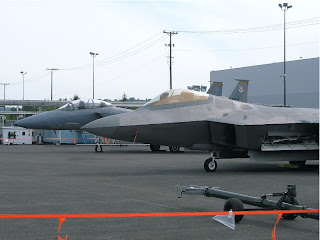 Here is a shot of the nose of the F-22, with the F-15 that accompanied it into town. 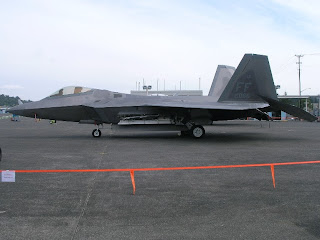 Here is a nice side-view of the fighter. 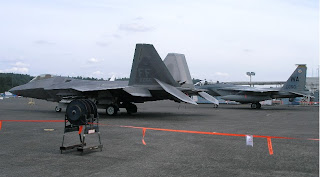 The rear-quarter view, with a little more of the F-15 in the background. 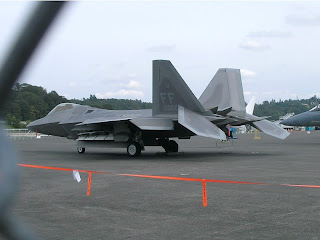 And a little more of the tail end, with a portion of the chain-link fence.

I am really lucky to live in a place where one week I can be looking at Navy ships in the bay, while watching the Blue Angels, and then a couple weeks later getting a glimpse at one of the most advanced fighters in the world.

Now back to your regularly scheduled naval gazing.